Morgan you would bargain for…

Hidden away in a corner of County Durham, off a quiet country lane and in a fold in the ground, is a motor enthusiast’s Mecca 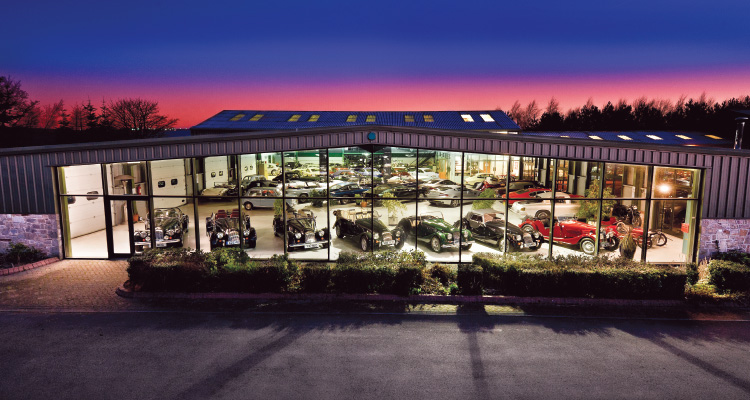 In Beamish, a 26,000sq ft complex of modern buildings house an Aladdin’s Cave of autos, a cornucopia of classic cars. This is the home of two sister companies: Beamish Morgan and The Aston Workshop, both owned by Bob Fountain.

A visitor entering the main building is met by rank upon rank of some 50 motoring legends, thoroughbreds with gleaming paintwork and chrome. There are Aston Martins of all ages – DB4s, 5s and 6s – Lagondas, a Bristol 2 litre, a 1960s Fiat Abarth Evocazione, a perfectly restored early model Land Rover, a pristine 1930s Austin 10 and Morgans.

The Aston Workshop was founded here in 1988 by Bob Fountain. Originally a sheep farmer, his sheep shed stood on part of the land now taken by the showroom. He began restoring Aston Martins as a hobby and, over the following quarter of a century, turned that hobby into a global business.

Managing director Clive Dickinson says: “The business has grown organically from that first restoration and as prices kept going up so the cars became worth more and more.’’

He estimates that about 90% of the business is now to overseas buyers.

The Aston Workshop buys cars speculatively to restore and re-sell, stores and re-sells cars on behalf of customers and provides full service and maintenance, including left-hand drive conversions for overseas customers and enhancements such as power-steering and air conditioning.

The sister company Beamish Morgan was formed, nearly four years ago when MacDonald Racing, which had been based at Maiden Law near Lanchester, was also taken over by Bob Fountain and was moved to Beamish. 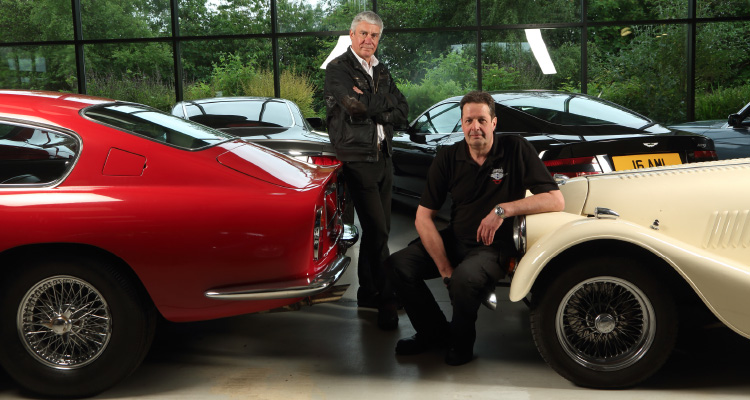 It had originally been founded by John MacDonald in 1964, who was then a 20-year-old working in engineering and racing a Morgan Plus Four. In 1966 he was appointed Morgan agent for the North East.

The business no longer sells new Morgans but it does just about everything else that’s Morgan related.

Works manager Peter Davidson explains: “We do full service and warranty work, paint work and crash repairs and full restorations – anything to do with a Morgan or pre-war car or British sports car, we will do. We do a lot of work on pre-war Lagondas.’’

And, of course, it sells used Morgans – usually around six in a year. Customers come from all over Europe.

Davidson says: “We have customers in Norway. We’ve just done a crash repair job for a French customer. Unfortunately it was over here on holiday when it was in an accident.’’

Prices of Morgans vary. A late 1940s model could be around £20,000 but age is not the only factor; the car’s history can be important, particularly if it has a racing past, and any accessories – bonnet straps, luggage racks, badge bards – can affect the price.

Who is a typical Morgan owner?

“Middle aged is the younger side of the customer base,’’ says Davidson diplomatically. “A lot of the customers are getting to retirement age where the families have grown up and now they have a bit of spare cash and they’ve always wanted a Morgan.’’

He says they tend to sell the cars when they can no longer physically manage to get into and out of them. The majority are men but there are female Morgan buyers.

“For 95% of our customers it’s a second car but we did have a lady customer in Scotland and for her it was the only car,’’ says Davidson.

The showroom is just one of a number of buildings in the site, which also includes a state-of-the-art machine shop, engine assembly room and body shop, parts store, restoration shop. Here are about another 20 cars in various stages of repair and loving restoration. Among them is an Aston Martin Vignale. This is the only model ever made, ordered in the 1950s for the King of Belgium. Its value is well into seven figures.

Make no mistake, this is a big operation. The two businesses employ more than 30 people and it is something of a specialist tourist attraction in its own right, attracting coach parties of visitors.

As Davidson proudly says: “We are definitely a hidden gem. That’s what a lot of people who come here for the first time say.’’