With its wide open spaces, great scenery and relatively low population, the North East boasts some of the greatest drives in the UK. Here’s a few to keep you happy this summer. Pack the picnic basket 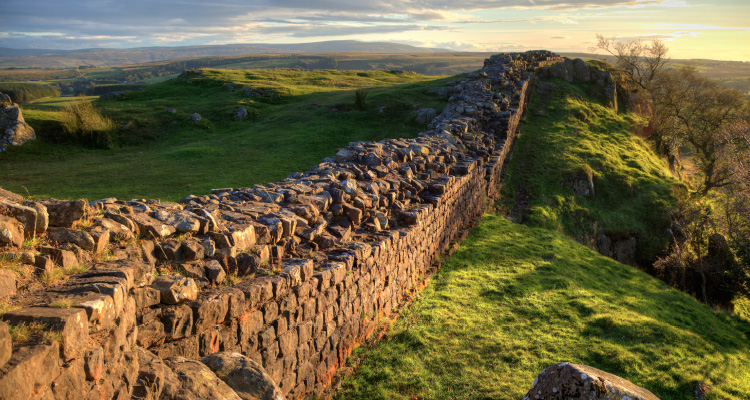 Border Forests and along Hadrian’s Wall

Our drive takes us through the Border Forests and along Hadrian’s Wall. It’s largely in the North East but also takes in a bit of Cumbria and a slice of Scotland. It crosses the Border on its least used road and takes in some stunning scenery in the forgotten area in the heart of Reiver Country. The whole route is 90 miles and, to do it justice, you should take a full day over it. It is, incidentally, an ideal trip to introduce visitors to the region 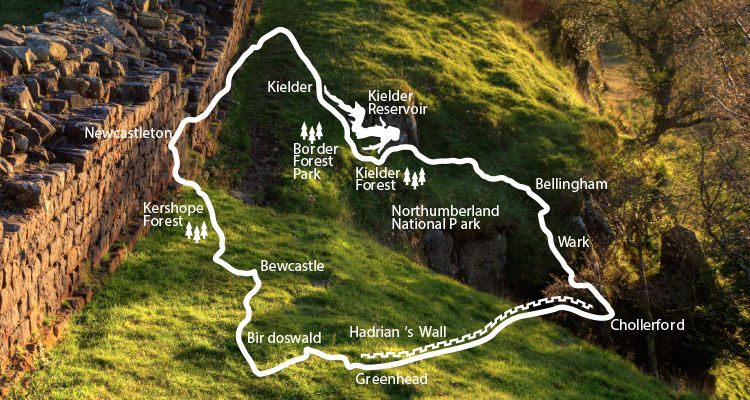 Start at Chollerford and take the B6320 to Bellingham, a pleasant country lane winding easily between high hedges and following the North Tyne, through Wark and the 13th century St Mungo’s church at Simonburn. From Wark to Bellingham the country opens up but the road surface deteriorates. Bellingham is worth a visit, if only for St Cuthbert’s and the saint’s well.

From Bellingham, take the Kielder road, still following the North Tyne and into the Northumberland National Park. This section is truly spectacular, particularly when Kielder Water itself comes into sight. A great sea of conifers blankets the slopes of the Cheviot Hills with the varied greens of larch, spruce, Scots pine and lodgepole pine making the drive
feel more reminiscent of North America than England.

From Kielder Village continue North West through the Border Forest for three miles to cross the Border. Stay alert for cyclists and on-coming traffic and make use of the plentiful passing places. Turn left onto the B6357 and continue to the B6399 to turn right and make a four-mile detour to Hermitage Castle. It is well worth the diversion to this gaunt and menacing edifice – at one time owned by Mary Queen of Scots’ lover Bothwell. With its four great towers and grim, forbidding walls, it squats amid Liddesdale’s desolate moorland, brooding over what has been called “the bloodiest valley in Britain’’.

Return to the B6357 and head south west to Newcastleton, a pretty place with a number of awards to its name. From here the route becomes tricky. Just before the end of the village, turn left off the B6357, then immediately right, following the sign to Brampton. Three miles later, cross the ruggedly beautiful Kershope Burn to re-enter England to climb a winding forest road to a house that was once the Dog and Gun Inn and which must have been about three miles from its nearest customers. Close attention is needed here, with winding lanes and a bewildering profusion of crossroads and turnings, but follow signs for Bewcastle Church and Birdoswald and you can’t go far wrong. At Banks reach Hadrian’s Wall, which needs no explanation or description, but it is worth pointing out that here in Cumbria it is generally clearer and better preserved than in Northumberland.

From Banks, take the road for Birdoswald and its impressive Roman Fort and from there to Gilsland to pick up the B6318 Military Road. This road, which hugs the Wall, goes up and down like a roller coaster but hardly veers laterally, going as straight as an arrow back into Northumberland and on to Chollerford, taking in Twice Brewed Inn, Housesteads and Chesters forts and Carrawborough Roman temple.

Deep in the wooded foothills of the eastern Pennines are some beautiful rivers and spectacular waterfalls, picturesque villages and shimmering reservoirs in two great dales explored by this drive 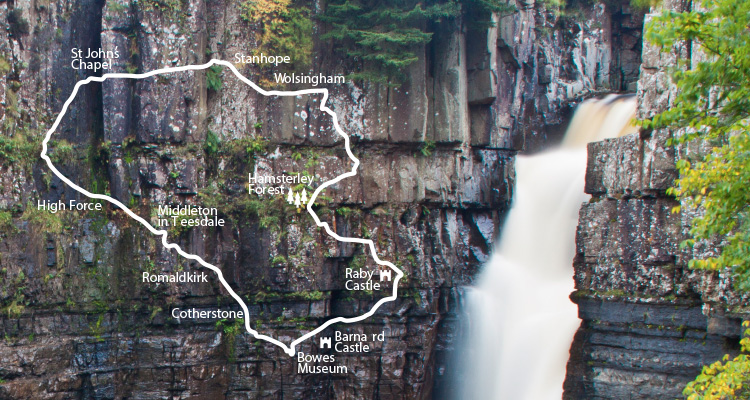 From Barnard Castle, take the A688 to Staindrop and Raby Castle. The Castle stands in a 270-acre deer park and is well worth a day out in itself. From there turn off the A688 onto a minor road for Cockfield, then follow signs for Butterknowle, Copley and finally Hamsterley.

Drive through Hamsterley Forest – looking out for walkers and mountain bikers – before turning left for Wolsingham and descend into Weardale. From here, take the A689 up the dale through Frosterley, Stanhope, Eastgate and Westgate to St John’s Chapel.

From St John’s Chapel take a minor road, signposted Middleton-in-Teesdale to climb the 2,000ft high moor of Langdale Common. This is a fantastic stretch, particularly on a fine day when the views are spectacular, but keep an eye out for wandering sheep.

Drop down into Teesdale and turn left for the Langdon Beck Hotel. From here you can make a short diversion to the picnic area at Cow Green and take a walk to Cauldron Snout – technically a tiered cascade rather than a waterfall (and not a lot of people know that), but impressive all the same.

Continue down the B6277 to High Force – also worth a quick walk – and then to Middleton-in-Teesdale. Continue along the B6277 through lovely Romaldkirk and the renowned Rose & Crown inn and back to Barnard Castle.

The whole drive is 58 miles and takes in the best of County Durham’s countryside in two magnificent dales, spectacular high moorland, historic market towns and charming villages. What’s not to like?

Northumberland is justly famous for its coast and no list of great North East drives would be complete without a view of the sea.

Start the drive at Alnwick, an attractive and historic market town, renowned for the castle made world-famous by the Harry Potter films.

For bibliophiles, it’s also well worth a visit to Barter Books at the old railway station, one of the largest second-hand book shops in the country.

Leave Alnwick by following the signs for Morpeth, then Bamburgh on the B1340, pass through Denwick, take the minor road to Longhoughton and turn left onto the B1339 and then turn right to Howick to follow the coast north to Craster, famous for its kippers and cliff scenery. There’s the possibility of a diversion (on foot) to Dunstanburgh Castle.

Carry on to Embleton and pick up the B1339 and then the B1340 up to the fishing village of Beadnell. From Beadnell, you’re hugging the coast on a much easier road to magnificent Bamburgh and its huge Norman Castle which is a sight to impress.

From here, take the road west to Belford, and then, via a series of minor roads to Chatton and, from there to Chillingham, home to a fascinating and eccentric collection of historic curiosities and to the Chillingham wild cattle.

A short detour takes you to Ros Castle, which, at just over 1,000ft gives panoramic views of the coast, the Farne Islands, west to the Cheviots and also takes in the outlines of Bamburgh and Dunstanburgh castles.

Next stop is Eglingham and then Whittingham, before reaching another castle, Callaly. Continue south to Rothbury, a good spot for refreshments and on to 12th Century Brinkburn Priory, which is beautifully set in a loop of the River Coquet.

From here, it’s back to the coast at Amble and then north to Warkworth – and, yes, another castle – before heading on to Alnmouth and then the return to Alnwick.

The drive is 84 miles and you’re hardly likely ever to be able to put your foot down, but it’s a great tour with a lot of variety and, with its good mixture of castles and beaches, could suit the kids and their grandparents.