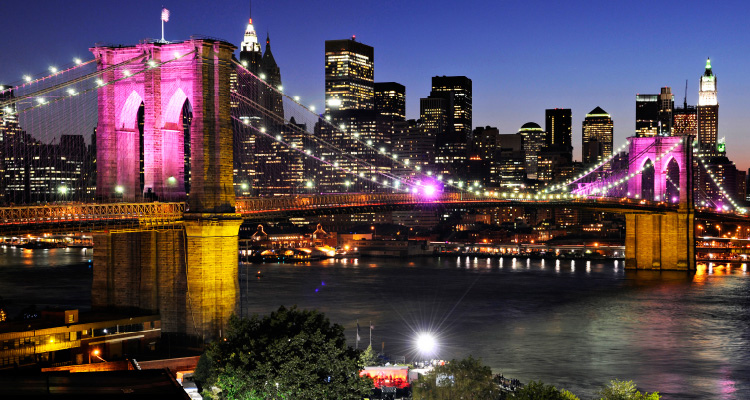 Depending on the day it might be an icy wind or a gleaming shaft of sunlight that spears through tall columns of buildings that flank one of the world’s most memorable landmarks. The square and two huge waterfalls that are monuments to the terrible events that took place here on September 11 2001.

There is a palpable reverence among the hundreds of people who have gathered to remember that momentous day.

Built in the footprints of the buildings that once stood here, the waterfalls are identical, vast and awe-inspiring. Each is constructed on two descending levels, the water flowing swiftly down to a central square hole that disappears into an apparent abyss. Each waterfall features a bronze casing into which are inscribed the names of all 2,977 people who perished here and in the other 9/11 attacks.

As you stand and watch the water, buffeted by the breeze or shading the glare of the sun, you cannot help but recall the TV news pictures from the most important day of the millennium so far.

Images of the white, shining towers, the pure blue of the sky, the approaching planes, the fire and smoke, the falling man.

The waterfalls are just one aspect of this newly rejuvenated site, known as the National 9/11 Memorial and Museum.

With time of the essence, being able to fly direct to the Big Apple from Newcastle Airport is a huge plus. Flights depart at a civilised 9.10am landing at 12noon local time at Newark International

The museum, which tells an eloquent, moving and hugely human story of that day, sits to one side of the plaza; on the other  corner, rises the shining edifice of the newly completed One World Trade Centre, the tallest building in the Western Hemisphere.

It’s clear that the authorities have made a considerable effort to create a fitting tribute, and that they have achieved considerable success, but there’s also no mistaking the fact that the plaza is New York’s latest tourist attraction.

Like the tourist attractions at nearby Ellis Island (where millions of immigrants first came ashore) and the Statue of Liberty, the 9/11 plaza offers a glimpse into why New York is perhaps the greatest city on earth; if anywhere epitomises human endeavour, creativity, ingenuity, courage and perseverance, then it’s New York. 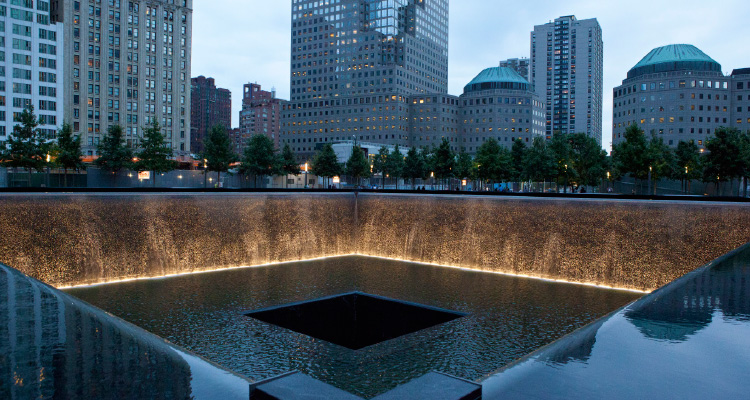 Along with these globally significant sites, the city is also home to many of the planet’s greatest art treasures, to world-class performing arts, to the best  possible shopping, to a truly international food scene that incorporates every cuisine, to buzzing bars, to sky soaring, neck-craning architecture, to a truly multi-cultural vibe that suggests this is more of a city state than just one small part of a very large country.

There is truly nowhere else like New York – and 72 hours here is scant time to really do the place justice.

With time of the essence, being able to fly direct to the Big Apple from Newcastle Airport is a huge plus. United currently offers five flights a week, departing at a civilised 9.10am and landing at 12noon local time at Newark International, just across the river from New York in New Jersey.

If you want to travel in style, United’s Business/First class is excellent with wide, comfortable seats that convert into lie-flat beds, which mean you really can get some valuable sleep on the overnight return. It’s also champagne all the way (if you want it) with first-class five-course meals, featuring dishes such as fillet of beef and turbot as well as a cheese trolley, while the big seat-back screen in front of you offers the latest cinema releases. 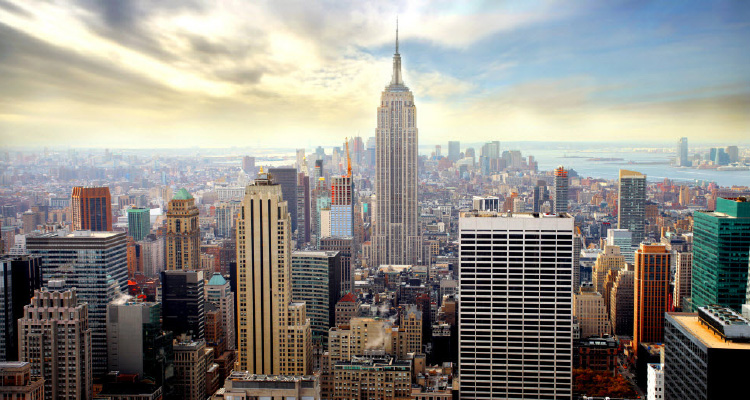 It all helps to make the flight highly enjoyable. Newark is a great airport to arrive into, not least because the runway approach takes you all the way down the western side of Manhattan, affording breath-taking views of the city and its surroundings.

It really whets the appetite. Newark is also very easy to reach from the city. I took the Airtrain that will whisk you to Penn Station on 34th Street in just 30 minutes (or you can take a taxi, of course).

New York offers some of the world’s finest hotels but an excellent choice is the Beacon Hotel on Broadway and 74th Street in the Upper West Side. My room (in typically New York larger-than-life style, a bedroom, bathroom, kitchen and sitting room) was on the 20th floor with lovely uninterrupted views across Central Park and down to central Manhattan, which is around a 20-minute walk away.

New York is a great city to walk around but the public transport is easy to use (the subway system is good with regular trains, short walking distances and single rides costing $2.95) while the ubiquitous yellow taxis are good for nighttime trips, though most only take up to three passengers. 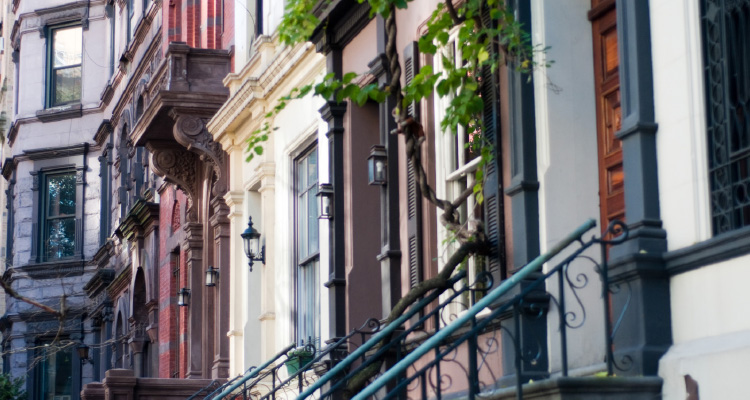 We ate at the more upscale Delmonico’s Kitchen, famous for its huge 20oz steaks and great seafood, and at Beer Authority with its array of craft beers and typical supersize American fare.

The Viand Café, next door to the Beacon, proved a great choice for breakfast (bagels with cream cheese and eggs over easy, you’ve got to….) with large helpings and friendly service.

glamorous 230 Fifth bar with its stunning outdoor terrace and views of the illuminated Empire State and Chrysler buildings.

Of course, no visit to New York would be complete without a trip up at least one of the city’s towers. For my money, the best view in town can be had from the Rockefeller Building – the Top of the Rock as it is known.

From here, the view south takes in the Empire State, One World Trade Centre, the Statue of Liberty and out to the open sea, while the view north takes in midtown Manhattan, Central Park and up-state.

The skies were clear for all three days of my trip but that icy wind was ever-present. Though it did not spoil the several strolls I enjoyed through Central Park, often in order to reach two of the city’s most prestigious museums, the Metropolitan Museum of Art and the American Museum of Natural History.

You could spend a whole day, if not several days, in each so it’s best to do some advance planning to identify what you really do want to see. I also visited two other important museums, the Guggenheim (with its stunning architecture and interesting collection of 20th Century art) and the Museum of Modern Art, which boasts an array of work by Warhol, Rothko, Pollock, Picasso and many others.

Admission to major galleries and other attractions often costs $20 to $25 a time but a cost-effective way to see the main sites is to buy the New York City Pass, which costs $114 ($89 children).

If you still have energy after trying to squeeze every ounce of value from the pass, and really want to overload on culture, just 10 minutes’ walk from the Beacon is the Lincoln Centre for Performing arts with an opera house, symphony hall, theatre and variety of smaller venues. And if you fancy something a little lighter, the Broadway theatre district (again, an easy walk downtown from the Beacon) offers numerous musicals and plays akin to what you would find in London’s West End (with cheap tickets available daily).

If you really want to get under the surface of this city that never sleeps in just 72 hours, you’re probably going to have to forego some sleep yourself. But then, chances are that you won’t want to miss a minute of the wonders this amazing place has to offer.

From Newcastle International Airport, United Airlines offers five-times weekly nonstop service to its hub at New York/Newark (23 May to 7 September, 2015), with onward connections to over 300 destinations across the Americas. Return fares from Newcastle to New York/Newark (including taxes) start from £518.19 (Economy) and £2,685.19 (BusinessFirst). For latest prices, call 0845 8 444 777 or visit: www.united.com