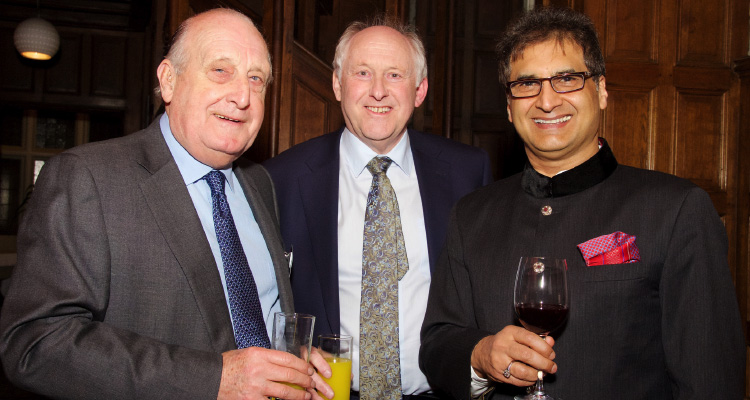 The company – which operates in the leisure, care and property sectors – also used the event to raise funds for their chosen charity for 2015, CHUF (Children’s Heart Unit Fund) at Newcastle’s Freeman Hospital, raising an impressive £11,742 on the night.

The 10th annual Lobster Charity Ball, organised by Ramside Estate, raised more than £33,600 for Stockton-based Daisy Chain, which supports young people on the autistic spectrum, and their families.

The black tie event at Hardwick Hall Hotel, Sedgefield, was attended by more than 900 people, with guests enjoying an evening of live music, fine dining and fundraising, including a performance by soul sensation Jocelyn Brown.

Cakes for a cause

Jacksons Law Firm is organising “The Butterwick Bake Off” in aid of Butterwick Hospice Care. Jacksons, a corporate partner of the hospice, has arranged an inter-company baking competition, including the notorious “showstopper”, where companies will make a cake which says something about their business. Over 20 local businesses have taken up the challenge.

The entries will be judged at a finale in the magnificent setting of the Grand Marquee at Wynyard Hall on June 4th by a panel of celebrity judges include Pam Royle of ITV News, Eugene McCoy of The Crathorne Arms.  In addition to the judging, the finale event will include music from Vivo Swing Orchestra from the Sage, Gateshead, an afternoon tea, stalls and cookery demonstration.

Lady Elsie says: “We’re absolutely thrilled by this new fundraising total.  It’s incredible really.  We had no idea how well-supported we would be when we launched in 2008.  Bob would be stunned.

“He was so proud of this charity and the work that it funds.  And we’re so proud that we are able to continue the work we all began together to help other people facing cancer.”

Most recently, the Foundation helped fund a combination of cutting edge radiotherapy technology, which was previously only available in London and is now at the Northern Centre for Cancer Care at Newcastle’s Freeman Hospital.

Rotary clubs across the North East are hoping that a fiery fund-raising initiative will be a roaring success.  This September the region will be hosting a major Dragon Boat Race and teams are now being sought to take part in what promises to be an exciting challenge.

The event on September 5, which is taking place at Hetton Lyons Country Park, Hetton-le-Hole, will challenge teams of 20 to beat the clock for the chance to compete in a final race  and win a number of prizes, along with raising money for their chosen charity.

It’s happening at the Emirates Durham International Cricket Ground on August 16, twenty years since the first ball was bowled at the ground. The event will see the Lashings cricket team, a team made up of a number of international cricketers, play a T20 cricket match that will help introduce the sport to new audiences, as well as interval entertainment from Peppa Pig and SpongeBob SquarePants, food and drink from local producers and a range of fun day activities, including soft play, face painting and other celebrity guests.

The event is part of the club’s First Class Futures (FCF) initiative that hopes to raise enough funds to develop a nursery training ground beside the EDICG to benefit young cricketers across the region.