Kelly, 25, is a British female stunt and precision driver from Stokesley, Middlesbrough. Luxe gets behind the wheel to find out about her drive-time dreams... 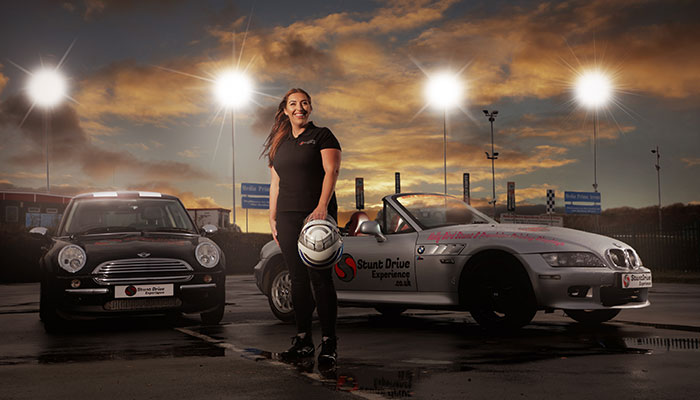 Kelly has featured on channels including BBC One, ITV and Discovery and is company director of Stunt Drive Experience, the UK’s only purpose-built stunt and precision driving arena, based at the Teesside Autodrome.

Classic MINI. My Dad had a MK1 Cooper S, which he had from being 17. He just sold it this summer, which was quite upsetting. I was lucky enough to start racing a MK6 classic MINI in British Rallycross at junior level at the age of 14.

Jeremy, for sure. I do have a need for speed, as both my parents raced competitively – it’s in the genes!

This may be controversial, however I loved it when Clarkson, Hammond and May presented Top Gear. I don’t think it’s been the same since. However, I did apply for the role when they casted for the new presenters, I can be very opinionated, so maybe they should’ve picked me.

It depends on my mood. I’m a 90s baby, so I love 90s and 00s dance throwbacks. However, I was brought up listening to Bon Jovi and Queen, so I do love a good road trip sing-a-long.

I’d take my mam and dad as they love America, and my boyfriend because he’s never been to the USA.

My best was doing my first ever stunt and precision driving display in front of thousands of people. My worst was when I was competing in Rallycross and I had a big accident at Mallory Park. 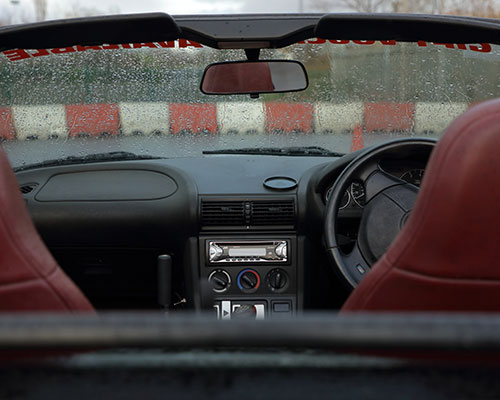 Pretty boring really… old CDs that only ever come out when I get a new car.

Inside, very clean! I’m a bit OCD so hate having rubbish in my car. Outside, not too clean because I live in the countryside.

The incident at Mallory when I was rushed to hospital in an ambulance (blue lights and everything)!