Debbie Gadd shares her eccentric Durham home with an unexpected variety of old friends – from giraffes to bears to leopards. And she’s happy to invite visitors to spend the night with her gang, as she tells Kathryn Armstrong. 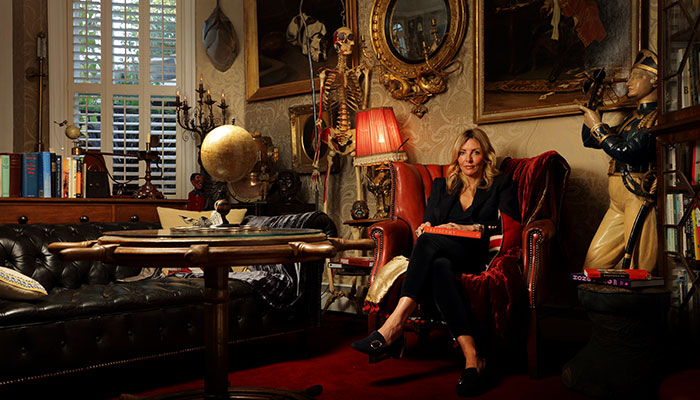 Forty winks makes you think of a speedy nap or some sneaky shut-eye. It’s definitely more a case of eyes wide open when you take a step inside Debbie Gadd’s Forty Winks guest house.

In majestic South Street in Durham, this dazzling property boasts one of the best views you’ll ever get from a B&B bedroom – dead opposite Durham Cathedral. Impressive views to wake up to from the bedrooms that make up this ‘guest house and residence’ in the historic city.

It used to be the family home of Debbie and Nigel Gadd. The couple are well known in the Durham area, having been the brains and style behind a host of eating places – from Asian food hotspot Zen to most recently the speakeasy-style restaurant and bar, The Rabbit Hole. 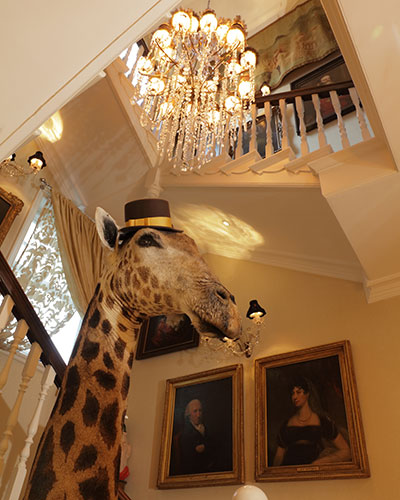 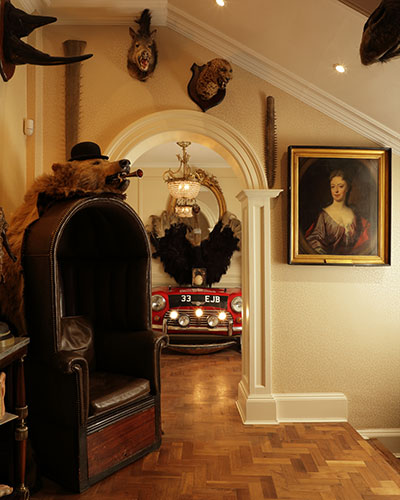 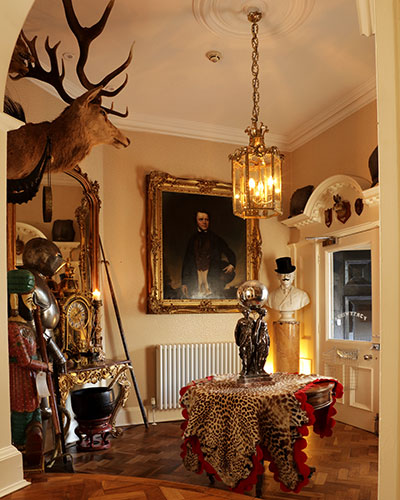 With their kids all grown up and the couple rattling around in the huge property, Debbie decided to convert it to a guest house which offered visitors some unexpected character.

So you step inside onto leopardskin-print carpet – so very on trend this season.

To your left a giant stuffed bear greets you and all around are opulent drapes, quirky finds, striking paints and curious artefacts.

Debbie and Nigel have been collecting these museum-worthy pieces over the years – from markets in Paris to a skeleton from Edinburgh University. There’s a lot of taxidermy and some shrunken heads (which Debbie insists aren’t real).

“It’s a bit Harry Potter-ish, a bit whimsical”, laughs Debbie, who is Forty Winks’ front-of-house manager, while Nigel takes care of the cooking for guests’ breakfasts. 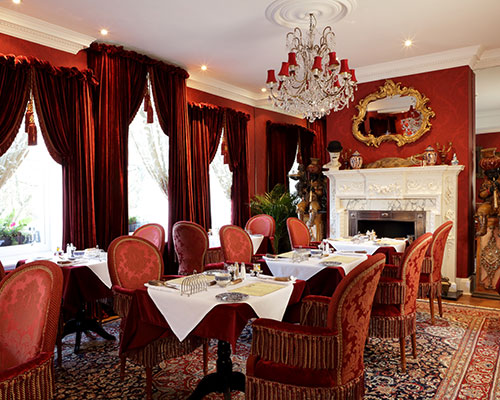 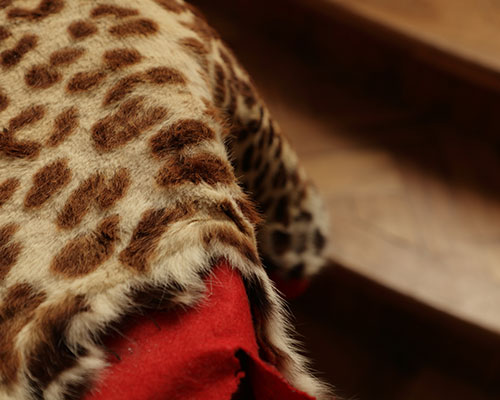 “The atmosphere we want to create is that of staying at a friend’s house. It is really rewarding – our market is mostly parents of university students visiting the city and visitors to the cathedral.

“The house needs and deserves to be lived in and it has come alive now that all the rooms are used”, she says.

The quirky atmosphere of Forty Winks is also reflected in the Gadds’ newest venture, The Rabbit Hole – just a ten minute walk from the B&B in Hallgarth Street, Durham.

From the outside it looks like an old antique shop and you have to walk to the side and ring the doorbell to be let in.

Inside, The Rabbit Hole, as the name suggests, has no windows, so the atmosphere is dark and moody. Opulent, eccentric furnishings from the likes of Timorous Beasties and House of Hackney, play to the theme. Diners eat in secret booths and there’s live jazz playing as diners choose their meals from clever illuminated menus. 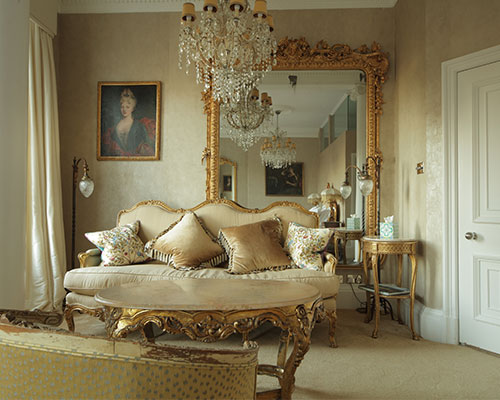 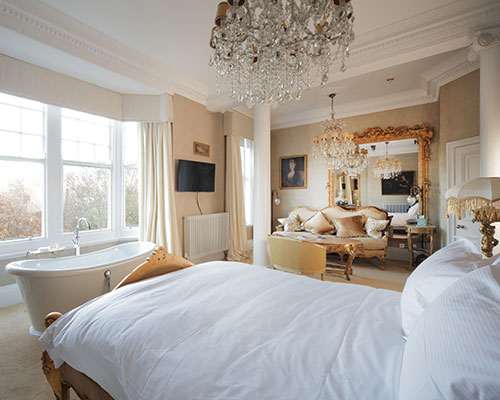 “People love the idea of ringing the bell to be let in – Rabbit Hole is a grown up place. When the doors shut you could be anywhere in the world.

Debbie is frequently present in all the family’s projects, which are round-the-clock businesses.

But every day a couple of hours are sacred.

“After breakfast service I go to Shaping Futures gym in Durham for a couple of hours of Pilates and reformer classes – that sets me up for the day ahead!”